You are at :Home»Uncategorized»digiBlitz IOT guiding principles! – Suresh Kannan 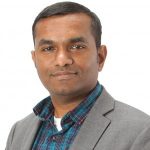 1. Take the human away from being conditioned; let them condition & teach Robots and Robots do good or Dirty Job, thereby human can focus on becoming human again doing social activities, involved more with nature, family and being self. Human walking like robots with too many things running on their head should stop, and robots will do such robotic work. Human should walk like a human, talk with humanity, feel one with the nature conserving what best for us.

2. Too much communications with the computers is making people lose their ability to do efficient & precise communications. Too much information gets into people in a raw format without proper filtering. Now we firefight every day on this filtration process. This needs to stop at one point of time. Let Robots communicate with each other and with computers so that human can communicate effectively with the fellow human.

3. We, human, should focus on creating a good Social Engineering environment for us to progress as a Civilized society. Instead, we are spending too much on Social Media that makes us more non-social than being social. Now time for the transformation where the Social Engineering put on top and drive social media. Keep the Robots for non-standard, unimportant, non-personal so-called social media communications and keep the core communications with a human.

digiBlitz as a Software Platform creates an environment for achieving all the above principles.

> It creates an environment for bringing discipline to the Robotic communication, translating their languages to one another and bringing back the communication to the internal systems of the company.

> It puts a Robot ( machine, smart car, smart furniture, smart tool, smart bulb — any IOT I name it as a robot) into a Life Cycle and Manages them from Creation to retirement.

> digiblitz Platform helps the organization to adopt the Robots and adapt to the digital transformation by re-engineering the existing processes to integrate with the robotic processes.

> While every player in IOT creates specific innovative solutions, the digiBlitz platform can host them and integrate them with the client environment thereby achieving all core principles that we had pointed out above.

> While everyone wants to jump on the bandwagon of IOT, many understands that IOT is a different breed in science and engineering. The success or failure of a business system development may not make or break a company overnight, but IOT can do that. So, truly serious and smart companies understand clearly that they need an environment that first gives them a safer bed for current business while taking them through the transformation to the digital IOT world to conquer new business. People have not forgotten dot-com bubble burst. They will be happy to be part of the $4T market, but the don’t want to go to dust when the burst happens. By the law of nature, the good ones will sustain during the burst; and to be good, you have to make the best choice from the beginning. Choosing digiBlitz for the transformation will be the best choice one will make in next 20 years in their organization.

digital transformation cannot be a narrative; it should be approached as a story, Suresh Kannan – Chief Architect, digiBlitz Inc 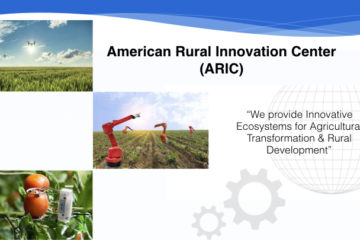