You are at :Home»Business»Using AR & VR for Enterprise Innovation


In Part 1 we identified unmet needs in the marketplace — the things that people love and hate about the jobs they’re doing. Whether you’re creating an AR/VR product in an enterprise or as a startup, choosing the right market from the beginning is mission critical. Never forget Google Glass… may it rest in peace.

Most companies are really good at looking at the current state of the industry. If you’re in an enterprise, you likely have a host of analysts that regularly evaluate the market condition. Is the market growing, stagnant, or shrinking? Are competitors making investments or laying off hundreds of workers? Are raw material costs changing? Is customer demand up or down? What new technology is on the horizon?

These questions are fair but they all hold one fatal assumption — that our current environment is the future environment. It assumes that the boundaries of the market will remain the same.

We can poke life.

The boundaries of the industry — its traditional customers, its offerings, its raw materials and its delivery mechanisms were all shaped by people no smarter than yourself. And you can change them.

So, before you go back to your backlog list of past ideas, the one that you and all of your competitors have, it’s time to focus on your Innovation Strategy.

Innovation Strategy: A plan for growing profits, marketshare or social impact through product or platform innovation that is sheltered from competitive imitation and understandably different to consumers.

What’s our next strategic move, and will we be using AR/VR to support it?

This is the plan — it’s not a to-do list, a list of goals, or company activities. This is the major prestige of your magic act — the stunning and delightful difference of your brand and it’s product.

A Blue Ocean is unchartered territory — something XR creators know well. It has very little competition and it doesn’t require benchmarking competitive advantage — it’s a completely different game than the one everyone else is playing. While the customer needs that we defined in Part 1 will likely not change over time, your solution and approach to the market will.

Because XR is a complete platform change for most problems, it will often be competing against other platforms like completing a job via 2D apps for desktop or mobile, watching a video, or even completing the task with physical tools. Most often, it will be replacing our current screens.

Here are some of the results enterprises are seeing from AR/VR solutions:

Chances are, for enterprises today, AR/VR can be a part of the value chain or the delivery of their product— it’s not likely to be the entire product but will effect one or multiple competing factors.

For example, your industry might compete on the speed of production. Using AR/VR to train new machine operators could reduce the time and cost of training, raising your effectiveness on the speed factor and giving you a competitive edge.

For startups on the other hand, many are already solely focused on AR/VR products — many of which target pieces of the value chain for larger enterprises. For example, Scott Montgomerie’s team at ScopeAR is creating AR instruction manuals for manufacturing floors. For startups, focusing on helping enterprises innovate along their value chain is low hanging fruit right now.

For tech companies that are creating headsets or content, their entire solution may be an AR/VR product. For example, here’s my attempt at a strategy canvas taking a “jobs” approach for using Skype on Hololens. I’d love to hear what you would change about it.

You’ll notice, Skype for Hololens is not really competing with other XR conferencing products yet — it’s competing against other ways of getting the job done. They’re not necessarily competing with new social VR software like Facebook Spaces (although that would also make for an interesting line), they’re competing with substitutes.

Products reach a Blue Ocean when they successfully change the way the game is played. Your competitive factors along the bottom are the definition of how the job works in the mind of the customer today. To change it, you’re offering needs to change the way it emphasizes these factors and/or introduce completely new ones to the marketplace.

Ask yourself which factors most offerings consider important — for each one, will you eliminate the emphasis, reduce it, or raise it? Which factors will you introduce that are completely new to the market? In the Skype for Hololens case, they took this approach:

In-person meetings have the ultimate user base… real life. Hololens on the other hand has a very small user base and with a $3-5k price point for the headset it’s unaffordable for most individuals. Microsoft is sacrificing volume for creating new value that has never been created before.

In addition to nearly eliminating accessibility, Skype on Hololens is not as easy to set up as most other solutions and the recording ability is a work-around. Making these sacrifices allows Microsoft to create new value proposition that most tech companies couldn’t achieve as quickly.

Despite the headset kinks, the strategy behind Skype for Hololens is to basically mimic the best things about in-person meetings like the range of motion, ability to share visuals and a feeling of connectedness — and bringing those attributes into remote collaboration.

If you have the device already, using Skype costs as much as the desktop version but the added value is tremendous. Skype has achieved differentiation without raising cost — that is, sans headset cost.

For me, the 6-Paths framework is the most useful and underrated exercise out of Blue Ocean Strategy — it truly isn’t talked about enough. Chan Kim and Renée Mauborgne developed this structure to spark innovative ideas by focusing on the margins of the current industry and understanding why would-be customers often avoid entire industries even if they have similar needs.

There’s a haystack of possibilities, especially as AR/VR technology progresses—but this exercise helps you actually define commercially compelling opportunities by reconstructing market boundaries. It really is magic. You can try doing this exercise with your internal team, but I like asking customers about each of these categories through in-depth qualitative interviews.

You’re familiar with substitutes. They take different forms but ultimately serve the same function or job like TurboTax, CPAs, and paper tax forms. Our meeting example above is an example of substitutes. Alternatives on the other hand have different form and function but achieve the same ultimate objective like restaurants and cinemas. They’re not technically in the same industry, but buyers will often lump them together or choose between them for a fun night out.

In our meetings example, alternatives to meetings may be things like sending an email, writing a letter, having multiple one-on-one meetings, starting a Slack channel, posting on social media, or sending carrier pigeons. People may choose Slack over meetings because meetings take longer to set up and schedule — can an AR/VR solution help with that?

So, capture ideas that come from asking yourself:

A strategic group is a group of companies within an industry that pursue similar strategies based on their level of price and performance. Luxury cars are in one strategic group, like Jaguar and Mercedes while economy cars like Jeep or Toyota are in another. In the same way, luxury gyms are in a contrasting group to home exercise videos.

They may be alternatives and substitutes, but they’re bundled around a certain type of customer on the price/performance axis. In our meetings example, strategic groups might include high-end conferencing solutions like Cisco’s smart conference room and more basic solutions for individuals like Google Hangouts or Join.me.

Who are the purchasers, users, and influencers in the market? How can you shift your focus from one of these buyer groups to the next to create new value? Most ERP providers focused on selling to the functional IT department — the user. SAP, on the other hand, has found success targeting the corporate purchaser instead. In our meetings example, you might target people who join meetings, people who organize meetings, or executives who are frustrated with the way remote meetings are run.

Rethink the traditional targets of the industry and make a list of opportunities that come from the exercise.

4. Look Across Product and Service Offerings

The jobs that happen before, during and after your product is used are often thought of as being the responsibility of another industry. Do they have to be? In our meetings example, scheduling tools like Calendly or Doodle may help to get time on the calendar. Can your AR/VR solution absorb this related job?

5. Look across functional and emotional appeal

Red Nose Day in the UK broke the traditional charity fundraising model by focusing on humor allowing everyone to raise money by being funny instead of putting on more stuffy fundraising events for affluent donors. Think about the way your brand competes on price and function or on feeling. Swatch turned the functionally-driven budget-watch industry into a fashion statement.

There is a difference between competing on price and function vs. feelings. Can we add emotion into traditionally functional industries? Swatch turned the functionally-driven budget-watch industry into a fashion statement. Energy plummets when a group of people sit down at a conference table. How could an AR/VR product combat the emotional low of the conference room setup?

AR/VR is changing daily. Headset technology is moving fast and adoption is going to explode over the next 3-5 years, especially in the enterprise. Just last week, MagicLeap announced it’s first product launch of their supposedly revolutionary AR headset.

So, ask yourself, where are the inevitable trajectories of the technology? What will the market look like in the future if the trend was driven to a logical conclusion? In our meetings example, we know headsets are easier for companies to adopt because there’s less pressure on the aesthetics and price point — focusing on Skype for business first would seem to make sense. iTunes capitalized on digital music purchasing distribution — a trend that was irreversible and had a clear trajectory.

The end result of all of this work should be a strategic value curve that clearly diverges from the competition and adds unprecedented utility and emotion to buyers. This helps us to avoid innovation for the sake of innovation — a common pitfall of new tech.

You’ve co-created these ideas with customers. Are they good? Will they work? In part 3 we’ll talk about testing your AR/VR product ideas in 1 week.

3 Harsh Realities of Being an Over-40 Job Seeker | Inc.com 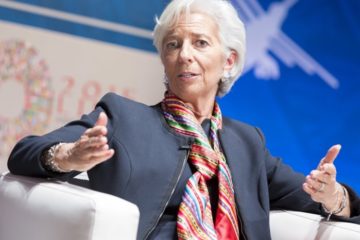